About the VC-65 Squadron 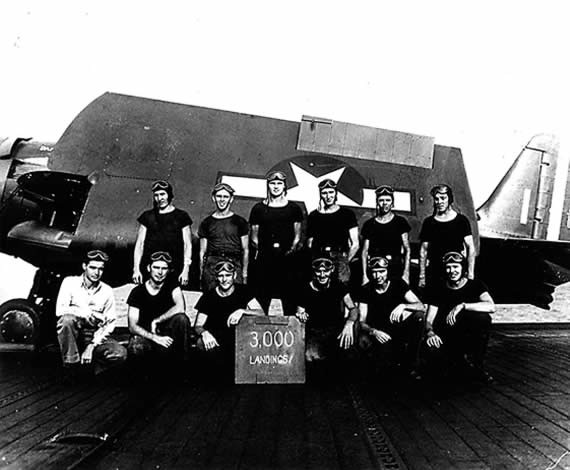 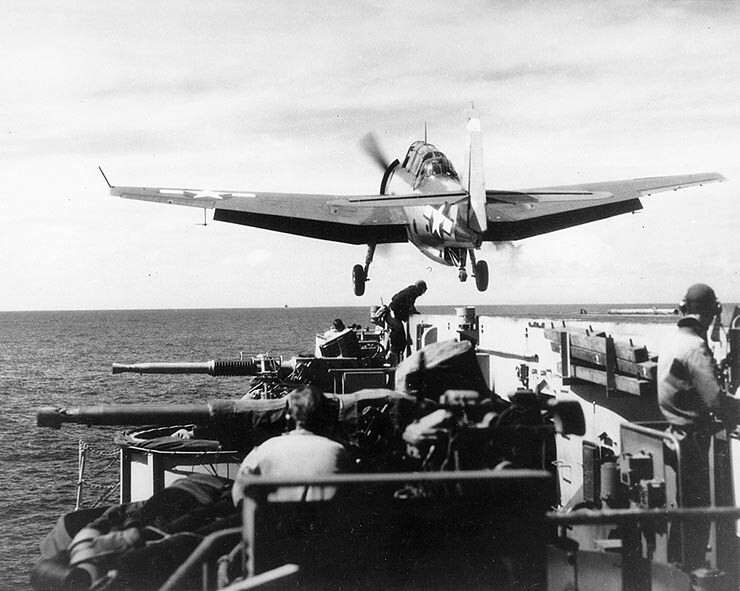 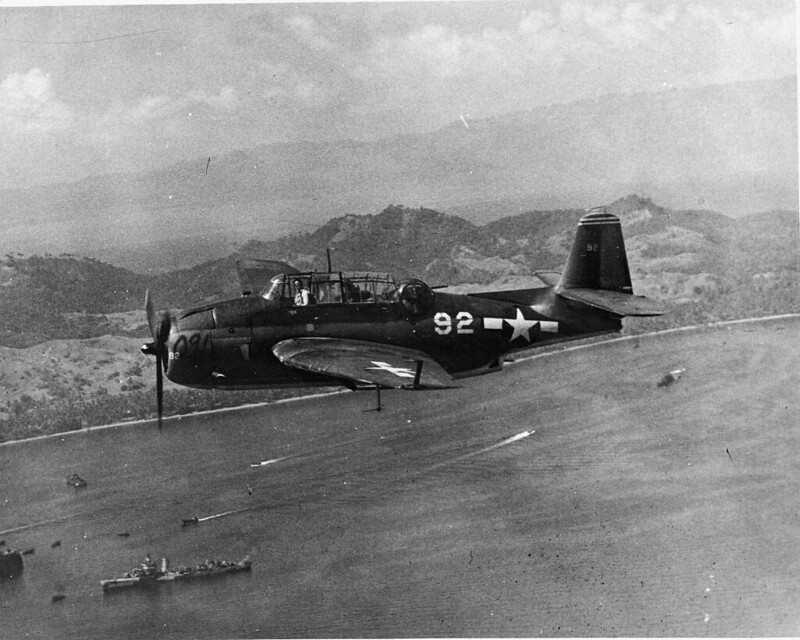 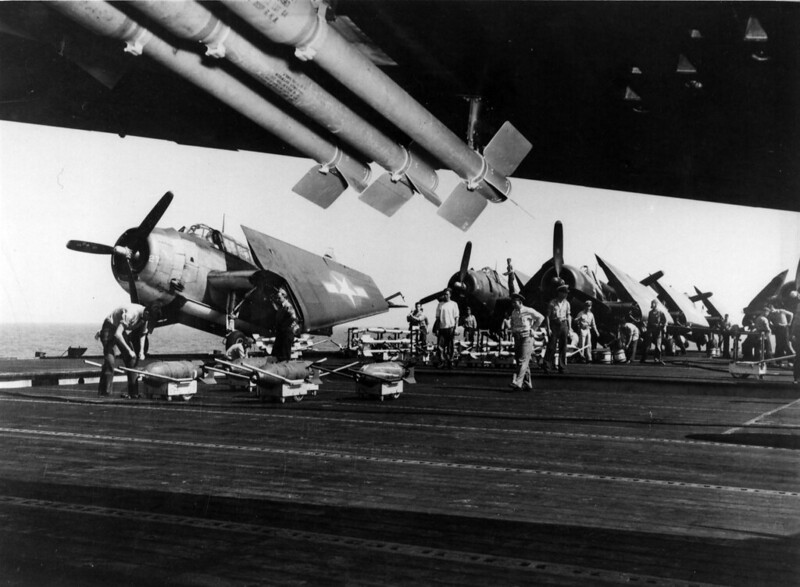 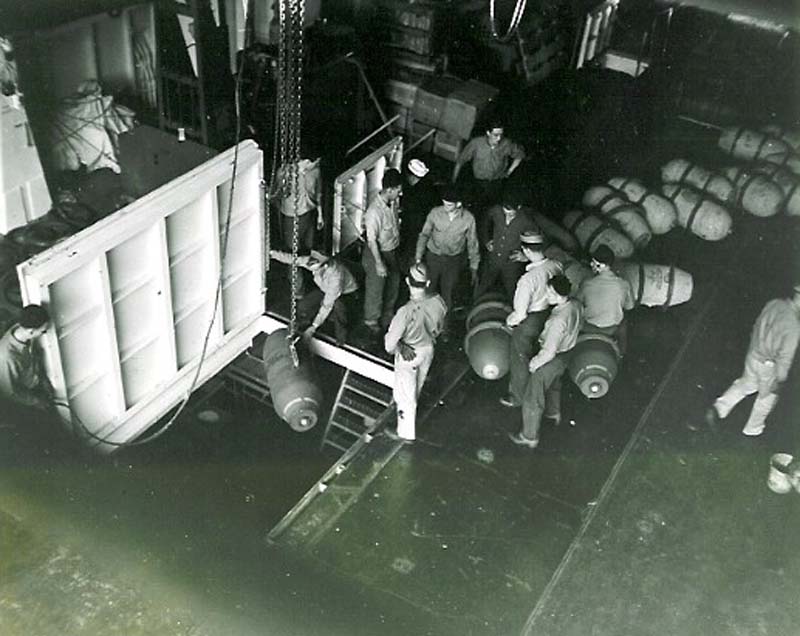 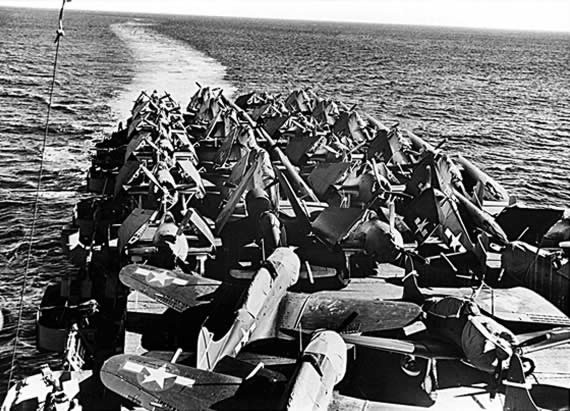 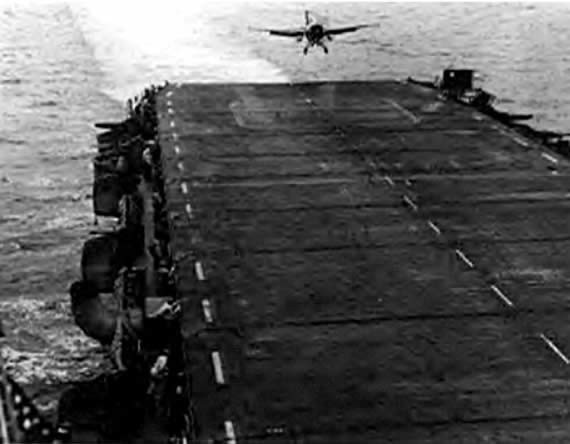 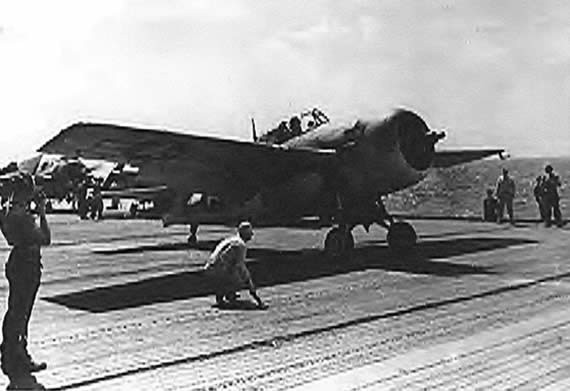 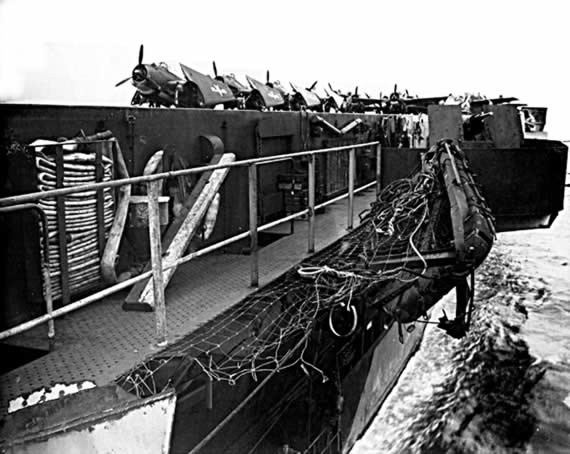 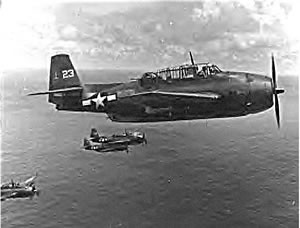 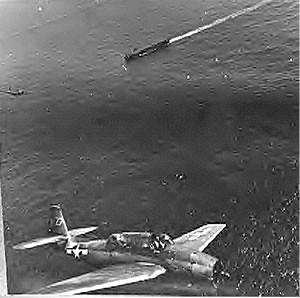 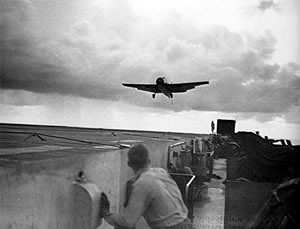 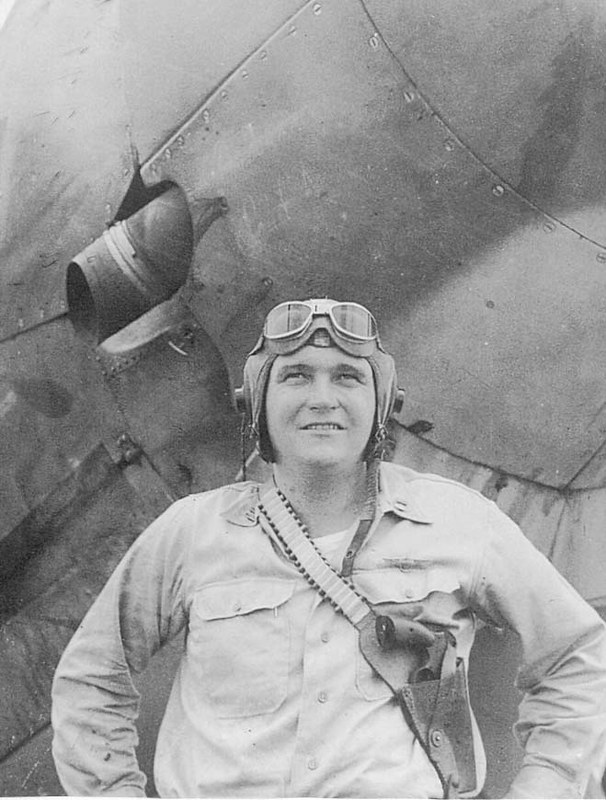 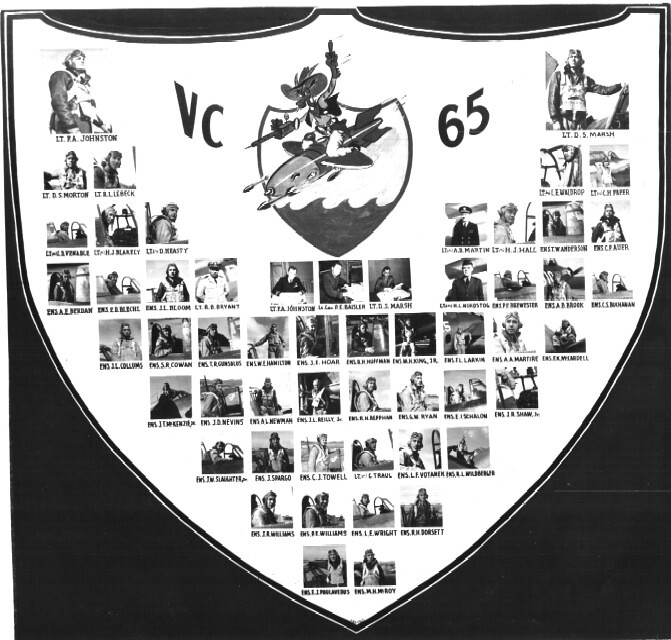 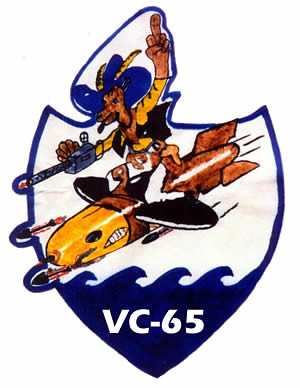 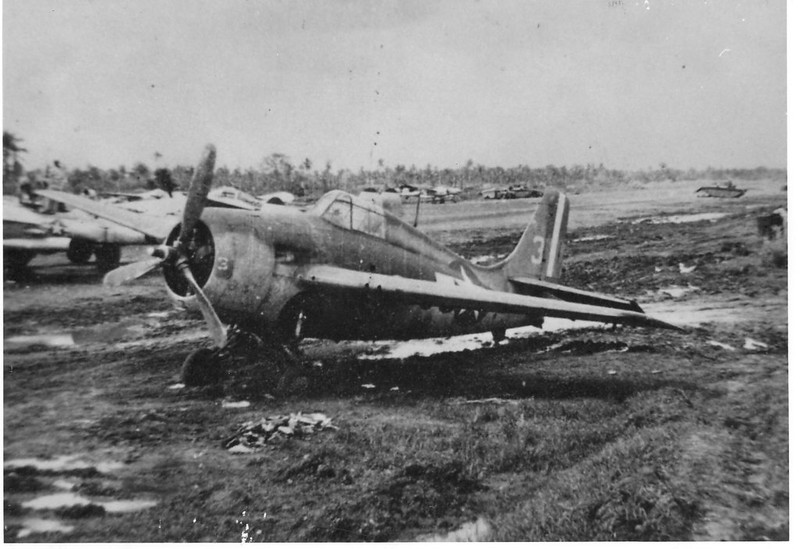 Throughout June and July of 1943, squadron personnel began arriving to join VC-65, and by the end of July the full complement was aboard.

The letters VC designate V for aircraft and C for composite, meaning the squad squadron’s aircraft consisted of more than one type. The aircraft to be assigned were to be FM’s, (Grumman Wildcat fighters), and TBF’s, (Grumman Avenger torpedo bombers).

Prior to leaving Alameda Naval Air Station, the last training mission for the torpedo bomber crews was making a torpedo drop at a training area at Monterey Bay.

In November 1943, VC-65 boarded the USS Midway (CVE-63) at Oakland Army Terminal for transportation to North Island Naval Air Station at San Diego, California to continue training. It was time to learn and apply the proper use of the squadron’s aircraft.

On New Years Day 1944, some of the men were able to see the Rose Bowl parade and the game at Pasadena. Around the end of January or early February, the squadron transferred to Holtville Naval Air Station, in the desert, East of El Centro. The training here was live glide bomb runs and firing on targets in the desert. Since it was early springtime, the squadron experienced the desert sand storms, which caused extra work for the maintenance crew cleaning the aircraft and getting the sand out of the brakes. Much of the flying here was night flying. It was hot in the desert, however the barracks were cooled with evaporative coolers, (sometimes called swamp coolers).

On one of the training missions, an accidental firing of a rocket occurred on the Skipper’s TBM. The wings had been extended, and the ordinance man had made the static electricity check prior to connecting the electrical pigtail. When the connection was attempted, the rocket fired. The ordnance man’s arm was severely burned by the rocket blast. Fortunately, the rocket flew up at an angle and went out over the Pacific without doing any other damage. 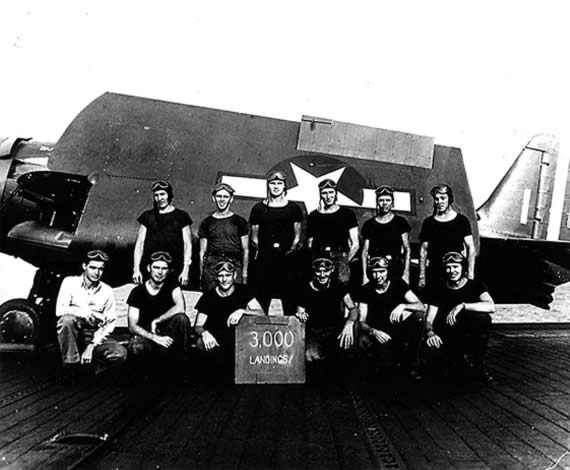 Waiting to board the Midway in San Diego

With the training complete, VC-65 transferred to North Island Naval Air Station at San Diego about the middle of March, 1944. The transfer here was to await the arrival of the squadron’s carrier, the USS Midway (CVE-63).

The officers went to the BOQ (Bachelor Officer Quarters) area and the enlisted were billeted on the beach area on the West Side of the air station. The billeting facilities for the enlisted men consisted of hard side tents with centrally located head (bath and toilet) facilities. Mess hall and squadron facilities were on the East Side of the air station. Transportation to and from the areas was by open sided trailers with bench seats running the length of the trailer.

There was generous liberty during this waiting period. The most time-consuming travel was catching the trailer bus to change clothes for liberty, then catch it again for the ride to downtown San Diego. Common spots for the evening out were the Grant Hotel, the Gay Nineties, and Sherman’s, referred to as the “Bucket of Blood” because of it being common ground for the sailors of San Diego and the Marines from Camp Pendleton. The squadron’s men avoided any serious trouble there.

“Welcome aboard” the Midway

On April 20, 1944, VC-65 boarded the USS Midway. At this point, the squadron was reduced to its shipboard complement. The ground crews in aircraft, ordnance and radio became part of ship’s company. The aircrew remained with the squadron’s roster. Excess pilots and aircrew above normal compliment were transferred to San Diego Naval Air Station, with some of them later rejoining VC-65.

The enlisted of VC-65 were given cots on the hanger deck for the first night aboard ship until bunk assignments could be made. The welcome aboard for the men on the hanger deck had some misgivings. One of Ships Company coming in from liberty turned on the overhead sprinklers and soaked unsuspecting airdales.

The Midway sailed from San Diego the next morning. It was transporting a load of aircraft secured to the flight deck so no flight operations were possible. VC-65 men had plenty of time to get their sea legs and check out the ships facilities, find ships stores and where to get the cheap cigarettes and gedunk (ice-cream).

At the end of April, the Midway berthed at Ford Island Naval Air Station, Pearl Harbor, Hawaii and unloaded its cargo of planes. In early May, we went back to sea for maneuvers with the Marines off Hilo. During these maneuvers, one of the fighter pilots missed the cable on his landing attempt, bounced over the first barrier and into the second barrier. He saw that he would not be able to stop, gave full throttle, and went around after dropping perilously close to the water. 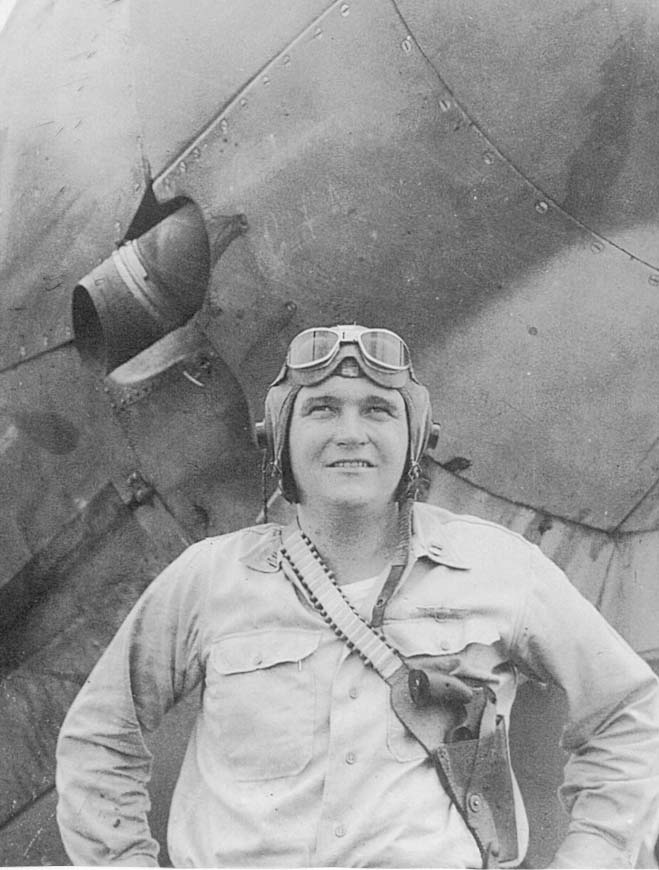 Flying without assistance from other aircraft, Lieutenant Van Brunt pressed home two daring attacks against the enemy, dropping three depth bombs alongside a heavy cruiser and scoring a direct hit on a hostile battleship.

The squadron returned to Ford Island, and then transferred to Kaneohe Naval Air Station where more training ensued. Here, the aircrews were in competition for air space with the Army Air Corps, who were flying P-47’s. Often, the Army pilots would come through the numerous clouds as if they were the only aircraft in the air. In the middle of May, the squadron was back aboard the Midway, at anchorage in Pearl Harbor.

May 16 through 21 the squadron had more maneuvers with the Second Marine Division with amphibious landings at Hilo. Flights were made with Marine observers and artillery spotters flying the missions with the torpedo bomber crews to make sure procedures and communications were working. One of the TBM pilots landed too close to the side of the carrier deck and when the tail hook caught, it pulled the TBM to the side of the deck, and then it went over the side. The crew, along with the Marine observer were rescued without injury and returned to the carrier.

May 29 through June 9, 1944, VC-65 was at sea, sailing from Pearl Harbor to Eniwetok (an atoll) with task force 52.14.25. The third of June, we crossed the International Date Line about 7 degrees North of the equator. On June 7, near Kwajalein atoll in the Marshall Islands, one of the fighter pilots lost control on landing and spun in. He was rescued successfully and returned to the carrier. This short period was the beginning of our combat operations, the fighter pilots flying combat air patrol, and the torpedo bomber crews flying anti-submarine patrol (ASP).

June 11, 1944, VC-65 sailed with the USS Midway with the task force to take the Island of Saipan from Japanese control. D-day was June 15. VC-65’s duties included flying US Marine observers and artillery spotters from the Second and Fourth Marine Divisions and US Army observers from the Twenty-seventh Division.

The squadron suffered a few aircraft losses in landing mishaps and one TBM ran out of fuel in the landing pattern. This was in addition to combat losses of airmen and their aircraft. Fortunately, the operational losses in landing only meant the loss of the aircraft.

From June 20 through July 2, 1944, VC-65 lost three torpedo bombers and crews, (one pilot parachuted to safety). In addition, two other torpedo bombers were hit and damaged with one gunner and one radioman being injured. Also, one fighter pilot failed to return from his mission on June 17, in a combat patrol mission during the “Mariana Turkey Shoot.”

While flying artillery spotting and observation missions over the active battlefield, the TBM crews were exposed to small arms and anti-aircraft fire for a good share of the mission, and this resulted in most of the squadron’s losses. On the bombing, strafing and rocket runs, the time period of being exposed to enemy fire was greatly reduced and the chance of loss diminished.

During combat operations, as losses occurred, or if loss contingencies might be planned for, crews would be transferred, between carriers. Sometimes the transfer was for temporary duty and at other times, the transfer become permanent. Sometimes the jackets (personnel records and pay records) would be transferred with the crews, other times the records would be forwarded later. Accountability of the loss created problems as to which squadron or ship would be charged with it. During operations, a carrier would return to a forward base for needed maintenance for the ship and re-supply. At this time aircraft and crew replacement covered past losses from combat or transfers.